Sheriff Jeffrey D. Paden said that investigators from his office has charged Michael T. Miller, age 29 of Byesville with Unlawful Sexual Conduct with a Minor, a third degree felony, Pandering Obscenity Involving a Minor or Impaired Person, a second degree felony and Illegal Use of Minor or Impaired Person in Nudity-Oriented Material or Performance also a second degree felony. Investigators recently learned that Miller had allegedly engaged in sexual intercourse with a then 15 year old female in the Summer of 2020. Sheriff Paden said digital evidence was recovered and several individuals were interviewed during the investigation. Miller was arraigned on a bond hearing in the Cambridge Municipal Court Thursday afternoon (June 3,2021) and is currently in the county jail on a $250,000 bond. 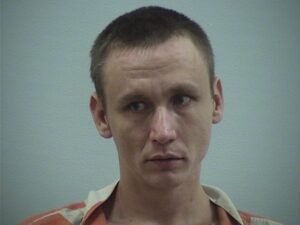