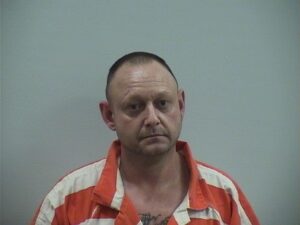 On Saturday, August 21st, at approximately 2:00 a.m. detectives with the Central Oho Drug Enforcement Task Force (CODE), and the Cambridge Police Departments SWAT Team executed a search warrant at a residence located in the 200 block of North 10th street. This search warrant stems from a narcotic investigation that lead to the finding of a wanted fugitive. Detectives located nearly 380 grams of suspected crystal methamphetamines. This amount equates to over ¾ of a pound, that has an estimated street value of nearly $13,000. Detectives also collected multiple items related to drug trafficking and multiple firearms.

Christopher Fogt, 39 years old of Cambridge, OH, has been formally charged by the Guernsey County Prosecutors Office with Aggravated Possession of Drugs a Felony 1 – this charge carries with it a Major Drug Offender (MDO) specification, additionally Christopher Fogt is also charged with Tampering with Evidence a Felony 3. This case is still under investigation and investigators believe additional charges will be brought before a Grand Jury in the near future.

View all posts by Jeff Hannon →