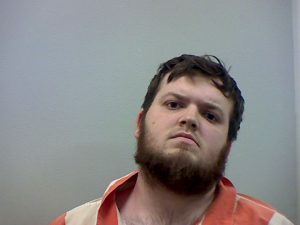 On March 19th 2019, Guernsey County Sheriff’s Deputies responded to the South Eastern Regional Medical Center after receiving a report that a 4-month old infant was being treated for multiple serious head injuries. Deputies spoke with the infant’s father, 21 year old Zach Ancell a Westland Township resident, who was in care of the child at the time the injuries were sustained. Deputies were advised that the infant had fallen from a diaper changing table while he was turned away. Deputies then spoke with doctors and were told that the child was going to have to be transported to Nationwide Children’s Hospital to be treated for injuries and further testing. At this time on the on call detective, Sgt. Bill Patterson was notified of this information. Detectives responded and were able to interview Ancell. He was then released while detectives continued to gather evidence.

On March 21st 2019, Detectives did receive additional information from Nationwide Children’s Hospital in Columbus, Ohio about the injuries the infant had sustained. Ancell was brought back into the Sheriff’s Office and questioned by Sgt. Bill Patterson and Det. Coulter. It was determined through the detective’s investigation that the injuries the child sustained were caused intentionally by the father. Ancell was placed in the county jail and charged with a felony count of Endangering Children.

Endangering Children charges to be filed