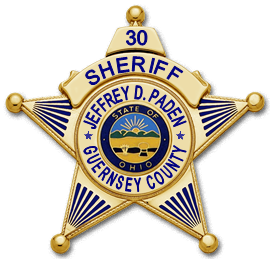 Sheriff Jeffrey D. Paden said that his Communications Center received a 9-1-1 call shortly after 11:30 a.m. this morning (May 19th) from a High Hill Rd. resident reporting that she needed medical personnel at her home due to accidently striking her 5 year old boy with a vehicle in the driveway. Medics from Cassell Station Volunteer Fire Department, New Concord Fire Department and United Ambulance as well as deputies responded to the scene. MedFlight was also summoned and a landing zone was established, however they were later diverted after medics determined that they would transport the child to Southeastern Ohio Regional Medical Center.

Deputies and detectives arrived at the scene moments after medical personnel and began speaking with residents at the home to determine what had occurred. During their preliminary investigation, Detectives learned that the foster mother of the 5 year old child was backing up her vehicle in the driveway and unknown to her, the child had rode his bicycle behind her vehicle. The vehicle then struck and ran over the child. The mother, a foster parent of the child, said that she immediately exited her vehicle and found the boy unresponsive, called 9-1-1 and began CPR on the child. The child was later pronounced dead at SEORMC.  Victims advocates of the Haven of Hope were also summoned to the hospital to assist with the mother.

Lieutenant Sam Williams of the Investigations Division, said that this was a “horrible tragedy” and that as a matter of normal procedure, the case will be reviewed by Guernsey County Prosecutor Lindsey Donahue-Angler.

Null Convicted of Complicity to Murder