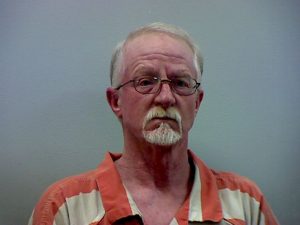 Sheriff Jeffrey D. Paden announced that following a three day jury trial this week in the Guernsey County Common Pleas Court, Lawrence Allen Hartley age 60 of Powhatan Point has been convicted of multiple counts of Rape as well as Sexual Battery and Aggravated Burglary. Sheriff Paden says that his office began the investigation after a 9-1-1 call reporting the incident which occurred at a Richland Township residence last August.

Sheriff Paden was very quick to praise everyone from the responding deputies to the lead investigator on the case, Lieutenant Sam Williams for their thoroughness and diligence in the investigation. He added that he wanted to thank Special Prosecutor Natasha Natale from the Ohio Attorney General’s Office for all of her hard work and the successful prosecution in the case. Sheriff Paden would also like to thank the victim advocates from The Haven of Hope and the Ohio Attorney General’s Office for their assistance in this case.