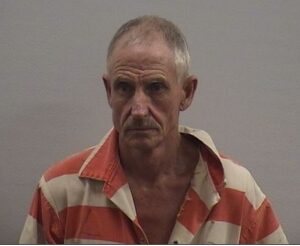 Sheriff Jeffrey D. Paden announced on Tuesday October 25, 2022 following the conviction and sentencing hearing of a Cambridge man on Friday October 21st, the man’s home along with all assets on, around or in the home was forfeited to the Guernsey County Sheriff’s Office. Sheriff Paden said Brett McLaughlin age 58, of Cambridge was sentenced to 20 years in prison this past Friday in the Guernsey County Common Pleas Court by the Honorable Judge Daniel G. Padden.

McLaughlin’s residence was raided by Investigators from CODE Task Force and the Guernsey County Sheriff’s Office along with the Guernsey County SRT in late July, following a several months long drug investigation. Investigators seized an extremely large amount of narcotics including methamphetamine, Heroin, cocaine, ecstasy, and para-fluoroacetyl fentanyl from the home during the execution of a search warrant.

Investigators began working with Guernsey County Prosecutor Lindsey Angler on the forfeiture of the home and contents. This was due to the seriousness of the drug trafficking offenses, as well as the amount of drugs seized from the home, which culminated this past Friday at the sentencing hearing.

Sheriff Paden praised the diligence and efforts of Det. Adam Masinelli and Det. Ryan Patterson along with Prosecutor Lindsey Angler for making it possible for this sentence to be the largest drug related sentence in the history of Guernsey County.

Sheriff Paden said that even though McLaughlin has been convicted and sentenced for his involvement, this investigation remains active and there will likely be criminal charges filed at a later date for other individuals related to this case. Sheriff Paden added” This was the next step in sending the message to drug dealers in Guernsey County that we will not stop with just prison time, we will be going for assets.”