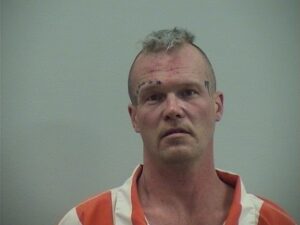 Detectives were lead to Looney’s residence after a GPS unit indicated that stolen property was being stored at his home. Several stolen items were located on Looney’s property. When Detectives and deputies attempted to take Looney into custody, he resisted these efforts until they were able to safely take him into custody.

Looney has been charged with resisting arrest and additional charges are expected to be presented to the Guernsey County Grand Jury in the future in relation to the theft and possession of the stolen property. The lead investigator on the case, Sgt. Bill Patterson said that the theft investigations remain on-going and Detectives are aware of other suspects and currently investigating other individuals involved in a number of theft complaints.

Anyone with information of these thefts or the whereabouts of any stolen property is urged to contact the Guernsey County Sheriff’s Office at 740-439-6320.

View all posts by Jeff Hannon →