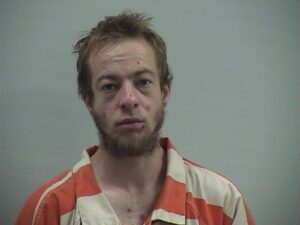 Sheriff Jeffrey Paden announced that on Wednesday morning June 29, 2022 shortly after 10:00 a.m. deputies and Detectives from his office, along with Homeland Security Investigations executed an arrest warrant at a Mill Street home in Senecaville. Sheriff Paden said Michael Ray Conner Jr. age 31 of Senecaville was indicted by a grand jury in the Guernsey County Common Pleas Court for (30) Thirty counts of Pandering Obscenities Involving a Minor, felonies of the second and fourth degree.

Sheriff Paden said that the joint investigation between Agents from the Homeland Security Investigations and detectives from his Investigations Division began in April of this year and culminated with the arrest of Conner Jr. this morning.

Conner Jr. is currently in the county jail awaiting a bond hearing at the Guernsey County Common Pleas Court.