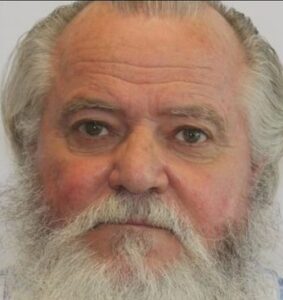 Sheriff Jeffrey D. Paden said that his office is needing the public’s assistance in locating an Antrim area man. Thomas Russell Brown, age 65 is wanted on warrants of indictment out of the Guernsey County Common Pleas Court for (4) four counts of Rape and (2) two counts of Gross Sexual Imposition. The cases involve a victim under the age of 10. Sheriff Paden said “We need to get this man off of the streets and into the court room.”

Sheriff Paden said that following an extensive investigation by his Investigation Division, the case was presented to a grand jury in the Guernsey County Common Pleas Court and the indictments on arrest warrants were returned following the presentation of evidence.

Detective Aaron Coulter, lead investigator on the case said that deputies and detectives have attempted numerous times to make contact with Brown and have had no success, therefore are turning to public for help.

If anyone knows the location of Thomas Russell Brown , please notify the Guernsey County Sheriff’s Office at 740-439-4455 or their local law enforcement.