Sheriff Paden announced today (October 2, 2019) that felony charges have been filed in the Cambridge Municipal Court , against Melanie Young, age 45 of Cambridge in connection with the Rape of a three year female toddler. The co-defendant Michael Smith was charged on Friday September 20th and remains in the county jail on a 2.5 million dollar bond. Sheriff Paden said that an arrest warrant was filed earlier today for Young and her current location is unknown at this time. He said that his investigators learned that Young has not been at her residence for nearly two weeks while attempting to serve the arrest warrant at her home. 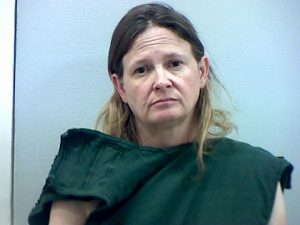 s, whom had previously said in a statement, that other arrests were likely, filed (18) eighteen total felony charges against Young. The charges are Rape, a felony of the first degree, Attempted Rape, a felony of the first degree, (14) fourteen counts of Illegal Use of a Minor or Impaired Person in Nudity-Oriented Material or Performance , felonies of the second degree and (2) two counts of Pandering Sexually -Oriented Matter Involving a Minor or Impaired Person. If anyone knows the location of Young they are urged to contact the Guernsey County Sheriff’s Office at 740-439-4455.