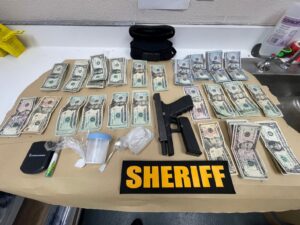 Sheriff Jeffrey D. Paden has announced that on January 5, 2023, at approximately 7:30 pm Sgt. Coblentz initiated a traffic stop on a vehicle in the village of Senecaville for a vehicle equipment violation. Sgt. Coblentz immediately recognized the passenger in the vehicle as Brandon Rossiter age 37 of Byesville, a wanted fugitive who was known to be armed and dangerous. He was placed under arrest without incident. Deputies identified the driver of the vehicle as Kenneth Carter age 38 of Barnesville. A subsequent search of the vehicle yielded a large amount of suspected methamphetamine, cocaine, items for distributing narcotics, a loaded firearm, and a large amount of U.S. currency.

Detectives in the Investigations Division assisted the Road Division in investigating this incident. Preliminary results show that approximately 93 grams of crystal methamphetamines were recovered that has a street value of over $3,000. The Department of Homeland Security Investigations is assisting in the investigations as it pertains to the recovered firearm. 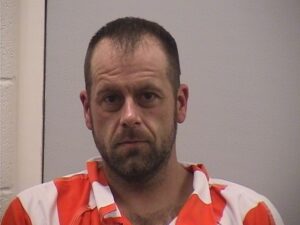 Rossiter has been charged with Aggravated Possession of Drugs- Felony 2, Possession of Cocaine- Felony 5, Having Weapons Under Disability- Felony 3, and Improperly Handling a Firearm in a Motor Vehicle- Felony 4. 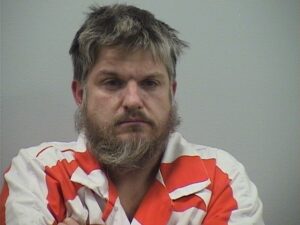 Sheriff Paden says that he commends the hard work of his deputies and added that this incident is a direct result of proactive police work. Sheriff Paden said that several weeks ago citizens in the Village of Senecaville voiced concerns of vehicles not stopping at the four-way intersection of St. Rt.313 and 285. Those concerns were heard and followed up on. The communities and citizens are urged to continue to voice what they believe to be illegal activity.