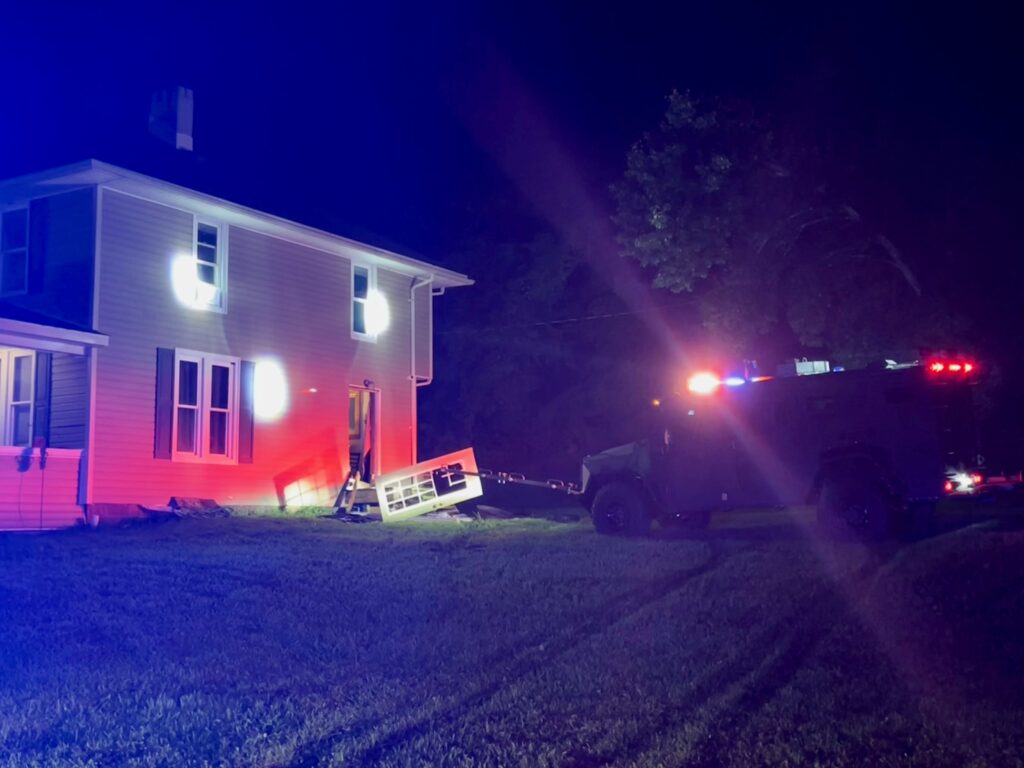 Sheriff Jeffrey D. Paden said Deputies and Detectives from his office along with the CODE Task Force executed a search warrant at a Klass Road residence early Friday morning July 29th shortly before 4 a.m. The search warrant stemmed from an investigation by CODE Investigators from his office into the suspected drug trafficking out of the home.

The Sheriff’s Office SRT was used to execute the search warrant and two men were taken into custody following the entry into the residence. Investigators reportedly seized a very large amount of suspected cocaine, methamphetamines, heroin, LSD and pills as well as cash and firearms. A vehicle owned by one of the residents was also towed and impounded.

Both men, ages 54 and 57 of Cambridge, remain in the Guernsey County jail pending the filing of formal felony charges. Sheriff Paden who was on the scene and assisted added “If drug traffickers think my office is not going to continue to be proactive to rid these dangerous drugs from our community, we can discuss it further in my jail.”