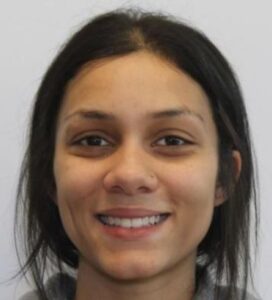 Sheriff Jeffrey D. Paden said that a Cambridge woman is in custody in the Franklin County jail this morning following the abduction of a child from Guernsey County. Investigators with the Guernsey County Sheriff’s Office began investigating a report that Anell Dusz, age 27 had taken her 6 year old son following a court order by the Guernsey County Juvenile/Probate Court that prohibited Dusz from interfering with the custody of the child and his father. Investigators obtained intelligence that led them to the Grove Port area, where they met with Columbus Police Officers late Wednesday night May 25th.

Guernsey County detectives along with Columbus Police Officers converged on a hotel in the area, and during the attempt to make contact with Dusz and the child, Officers discovered that associates had alerted Dusz that officers were at the hotel. Dusz was able to elude officers and had went to extreme measures to include, altering the appearance of her son. Dusz and her son were located a short time later near a local Columbus park, sleeping in a vehicle.

Dusz was taken into custody and transported to the Franklin County Jail on several active arrest warrants for failure to appear in court issued out of Guernsey County. A medical assessment of the child was completed and he was returned to the custody of his father.

Sheriff Paden praised the swift actions of lead investigator Det. Brian Carpenter and Sgt. Bill Patterson for their perseverance and diligence in this case to ensure the safety of the child. Sheriff Paden was also quick to thank the Haven of Hope for their invaluable assistance in this investigation.